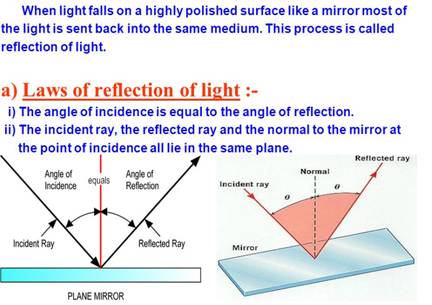 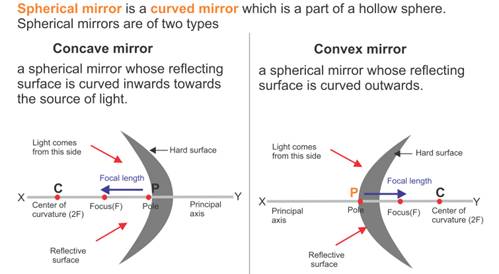 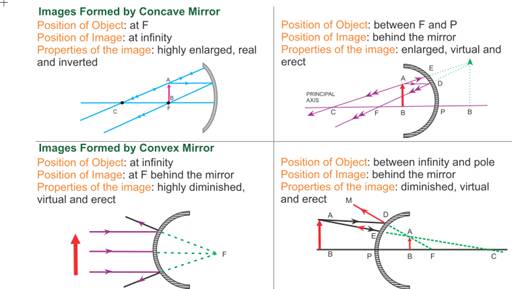 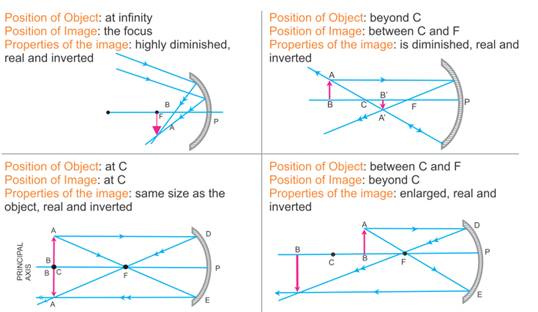 Magnification produced by a spherical mirror gives the relative extent to which the image of an object is magnified with respect to the object size.

Refraction through a Rectangular Glass Slab

The following are the laws of refraction of light.

(i) The incident ray, the refracted ray and the normal to the interface of two transparent media at the point of incidence, all lie in the same plane. 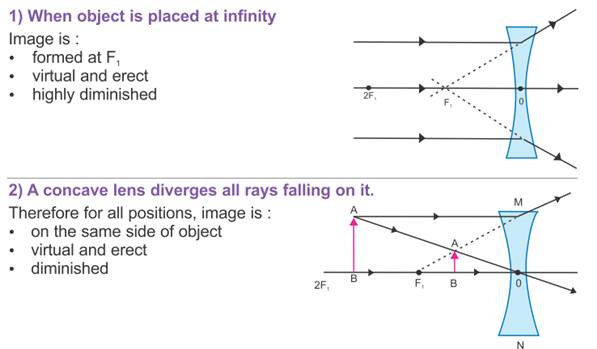 The power of a lens is defined as the reciprocal of its focal length. It is represented by the letter P. The Power P of a lens of focal length f is given by

The SI unit of power of a lens is ‘dioptre’. It is denoted by the letter D.

You may note that the power of a convex lens is positive and that of a Concave lens is negative.