Class 10 Chapter 11 – The Human Eye and the Colourful World

The Human Eye and the Colourful World 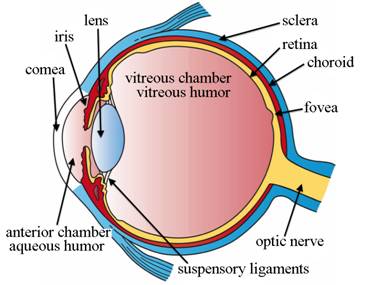 DEFECTS OF VISION AND THEIR CORRECTION 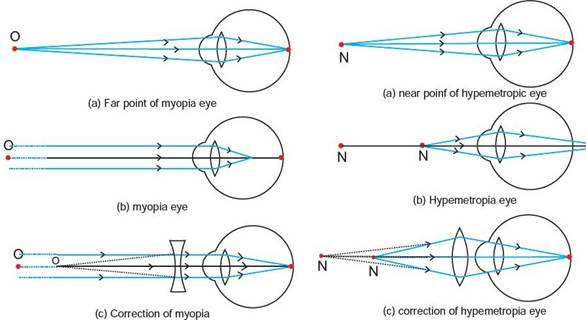 REFRACTION OF LIGHT THROUGH A PRISM 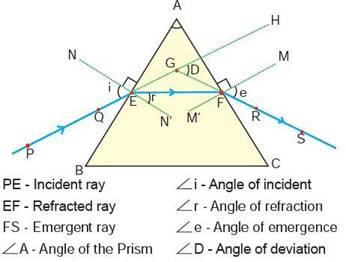 PE is incident ray, EF is the refracted ray and FS is the emergent ray. A ray of light is entering from air to glass at the first surface AB. The light ray on refraction has bent towards the normal.

At the second surface AC, the light ray has entered from glass to air. Hence it has bent away from normal. Compare the angle of incidence and the angle of refraction at each refracting surface of the prism.

Colour of the Sun at Sunrise and Sunset 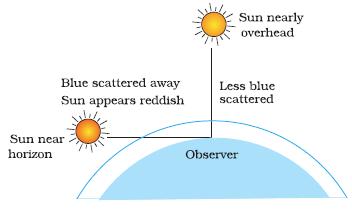 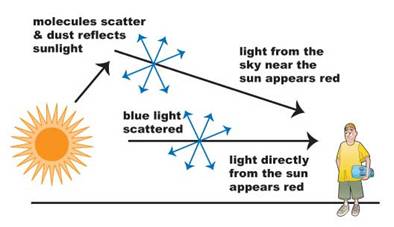