• Metals are lustrous whereas non-metals have no lustre.

• Metals can be distinguished from non-metals on the basis of their physical and chemical properties.

• Malleability is a characteristic property of metals.

• The things made of metals produce ringing sound when struck hard.

• The materials other than metals are not sonorous. 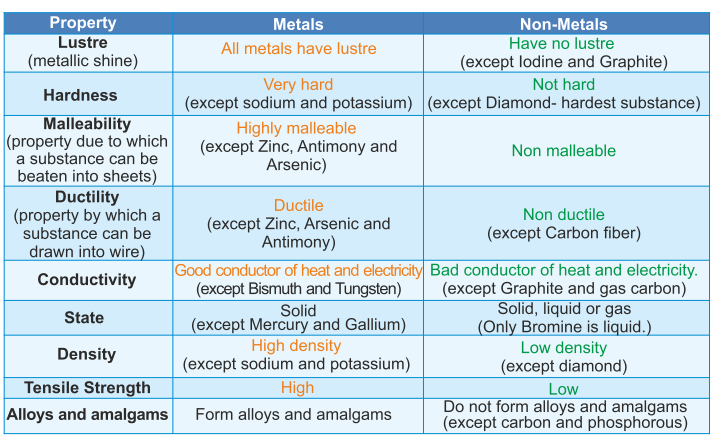 • In contrast, materials like coal and sulphur are soft and dull in appearance.

• Coal and sulphur break down into powdery mass on tapping with hammer.

• Metals like sodium and potassium are soft and can be cut with a knife.

• Mercury is the only metal which is found in liquid state at room temperature.

• Rust formed by the reaction between iron, oxygen and water.

• When a copper vessel is exposed to moist air for long, it acquires a dull green coating. The green material is a mixture of copper hydroxide and copper carbonate.

• Oxide of magnesium is also basic in nature.

• In general, metallic oxides are basic in nature.

• In a chemical reaction, new substances are formed. 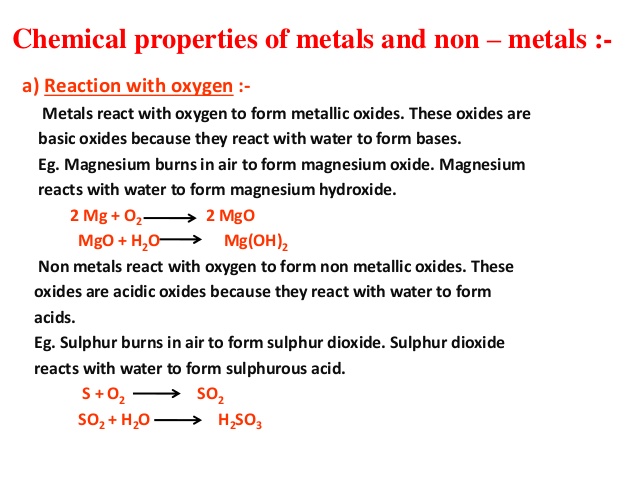 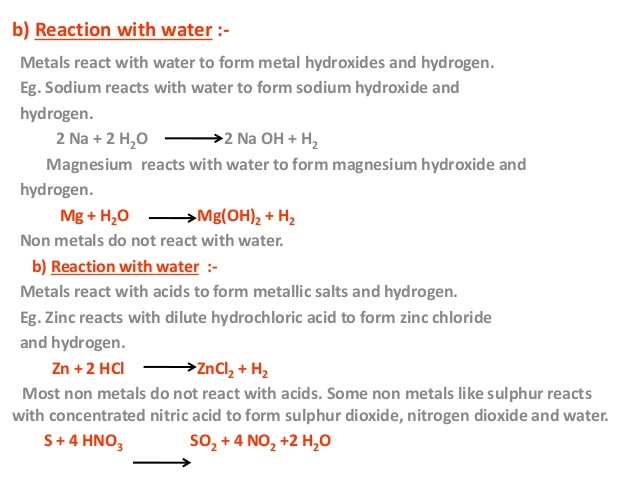 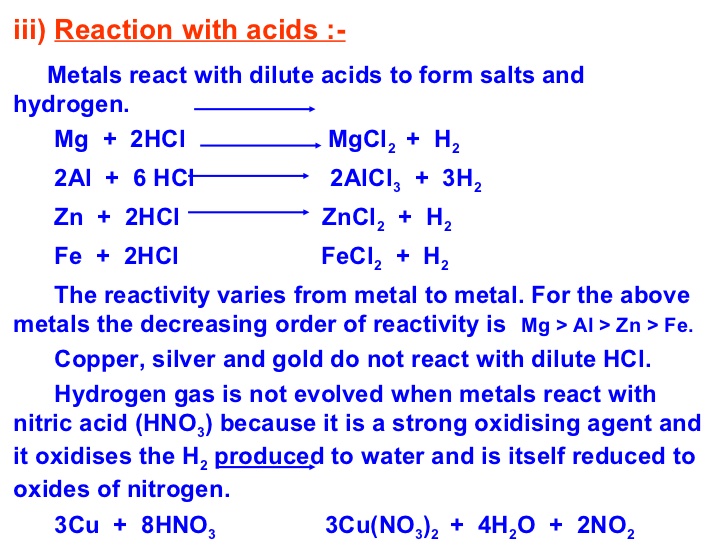 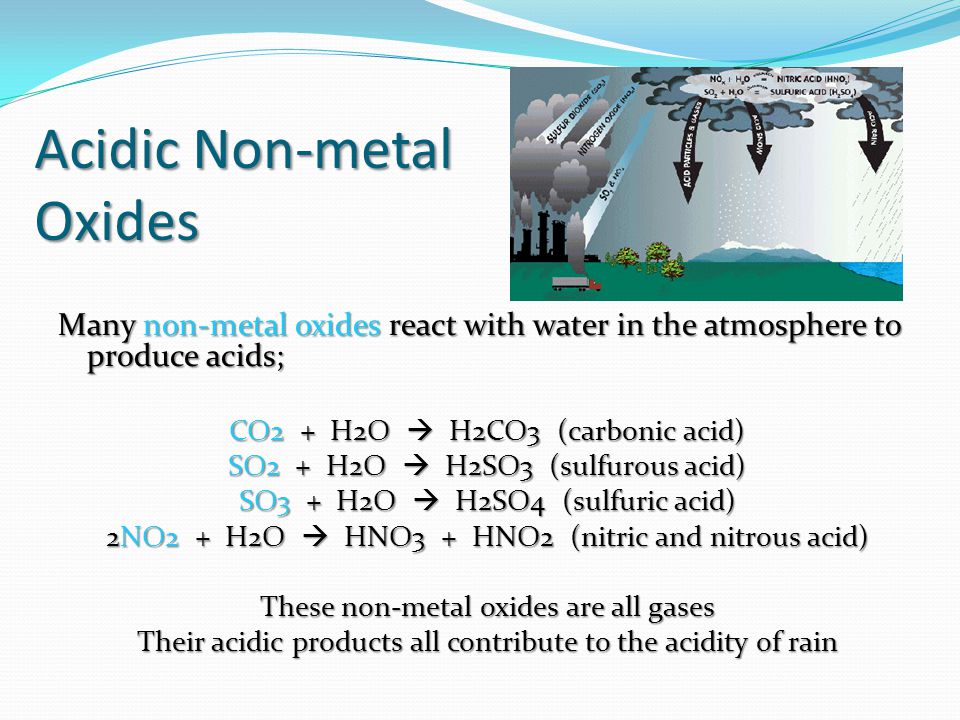 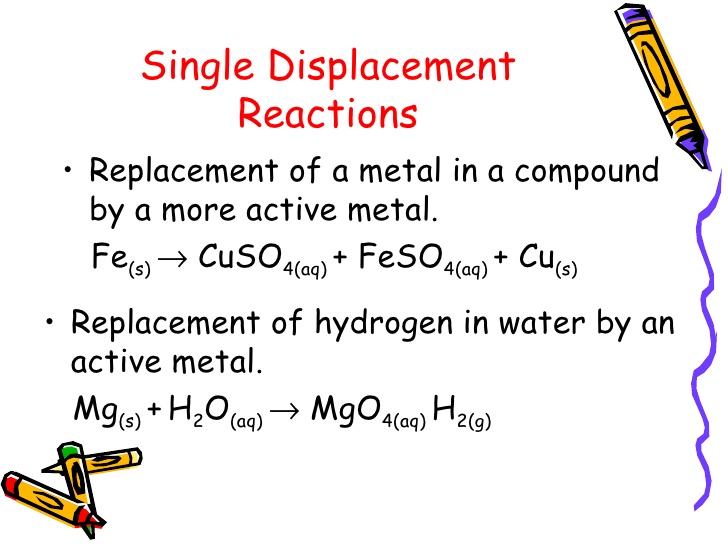 • When a substance cannot be broken down further by chemical reactions, by cooling, heating, or by electrolysis, it is called ‘element’.

• When sulphur dioxide is dissolved in water sulphurous acid is formed.

• Oxides of non-metals are acidic in nature.

• Non-metals do not react with water though they may be very reactive in air. Such non-metals are stored in water.

• Copper does not react with dilute hydrochloric acid even on heating but it react with sulphuric acid.

• Reactions of non-metals with bases are complex.

• Zinc is more reactive than copper and iron.

• Metals and non-metals are used widely in everyday life.

• Non-metal essential for our life which all living beings inhale during breathing,

• Magnesium is also found in plants.

• A sample of an element contains only one kind of atoms.

• The atom of an element remains unaffected by physical changes in the element.

• An atom of liquid sulphur would be exactly the same as the atom of solid or vapour sulphur.

• There are not more than 92 naturally occurring elements.

• An important classification of elements is in terms of metals and non-metals. Most of the elements are metals.

• A few are metalloids which possess characters of both metals and non-metals. 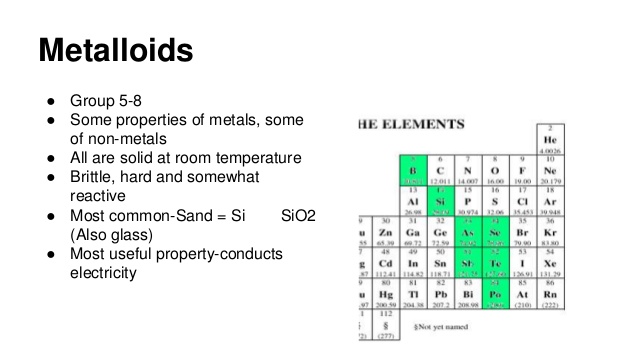